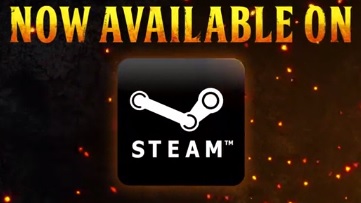 Crusaders of the Lost Idols is a 2D top down game created in July 2015 by Codename Entertainment. It is an incremental role-playing game where the player controls various NPCs, known as Crusaders to defeat incoming monsters. The game utilizes idle tactics as well as active game play to earn gold (the game's main currency) to purchase Crusader levels and upgrades. There are also various equipable items that players can unlock via chests that are awarded after boss battles. Like most incremental games, there is a pseudo "prestige" implemented in the game in the form of a World Reset that unlocks "Idols" which increase Crusader damage as well as gold accumulation.

This wiki is very much a work in progress, as is the game. If you're playing, this is where you can add the stuff that the player who created it hasn't gotten to yet!

You can play Crusaders of the Lost Idols on Steam or via a launcher available at the Codename Games website.

Signing up for The Idol Times will give your Crusaders a great piece of equipment to help you on your crusade, as well as give you insider information on what's up and coming in the world of Crusaders of the Lost Idols. Don't forget, there will be plenty of more free goodies on their way as well! Click the image above to read more, and get started!

Find out about Campaigns to learn more, or view the full Campaign List.

Here are two forums for the chests, please share and the more participants the more accurate we'll have it.

For the Chests/Floor - PLEASE DO NOT PARTICIPATE IF ON YOUR FIRST RUN!!!

Community content is available under CC-BY-SA unless otherwise noted.
Advertisement